To meet the needs of a fast growing world population and ward off threats posed by human induced climate changes, the global scientific community more than ever needs to find creative solutions - fast. The built environment -- as one of the main energy consumers -- poses a particular challenge in this context, as human requirements of comfort and health as well as behavioural aspects need to be taken into account to render the sector truly sustainable. This makes the building scientists' task infinitely more complex but also very fascinating.

Since the Solar Energy and Building Physics Lab (LESO-PB) of the Swiss Federal Institute of Technology in Lausanne (EPFL) organised the first CISBAT Conference in 1991 to bring together scientists and other specialists working towards a reduction of the environmental impact of the built environment, much progress has been achieved in this sector. However, much more needs to be done and can be achieved to render the building sector sustainable for generations to come.

Newly emerging technologies and methods, as well as deeper insights into the metabolism of buildings and urban settlements are some of the keys to a wider use of renewable energies and a drastic reduction of buildings' dependence on fossil fuels. Greener lighting, improved building management strategies, new materials and better solar energy generation systems all serve the same aim and ultimately need to be coordinated to make future buildings and cities energy efficient as well as healthy and comfortable to live in. In this context, the biannual international conference CISBAT is more relevant than ever. The Solar Energy and Building Physics Laboratory (LESO-PB) of the EPFL is therefore delighted to organise the next CISBAT Conference from 8 to 10 September 2021 on the topic "Carbon Neutral Cities - Energy Efficiency & Renewables in the Digital Era".

CISBAT 2021 addresses researchers from academic and industrial backgrounds as well as other professionals active in the domains of renewable energy, sustainability, building and urbanism. High profile keynotes will present exciting research tendencies and results and a call is launched for papers presenting the latest research and development in advanced sustainable technologies for the built environment.

The Solar Energy and Building Physics Laboratory (LESO-PB) works at the forefront of research and technological development in renewable energy, building science and urban physics. It is part of the School of Architecture, Civil and Environmental Engineering (ENAC) of the Ecole Polytechnique Federale de Lausanne (EPFL) in Switzerland. The Laboratory is located in an experimental building on the EPFL campus where a staff of more than fourty scientists and technicians collaborate under the direction of Prof. Dr Jean-Louis Scartezzini and four group leaders. The LESO-PB has acquired a solid national and international reputation in the academic world through the generation and transfer of advanced scientific knowledge geared to the requirements of the built environment and sustainable development. More about LESO-PB.

The 2021 Conference is organised in academic partnership with Cambridge University and MIT. Another scientific partner of the conference is the Swiss Charter of the International Building Simulation Association IBPSA  .

Proceedings of past conferences:

Contact for additional information or to order proceedings: cisbat@epfl.ch. 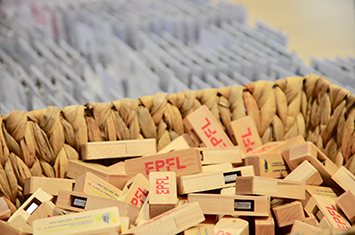